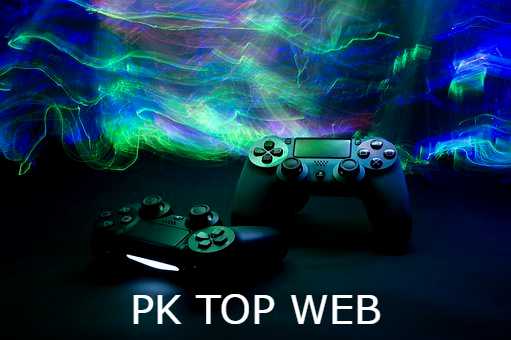 Since their introduction to the market, video games have become an integral part of children’s lives. Many firms came and left, bringing their new game and gaming tool concepts. Games have grown more accessible due to the introduction of gadgets such as mobile phones, PCs, laptops, and other similar devices.

Unless the video games were inoffensive and non-violent, they were not a huge deal. However, with the emergence of violent video games and increased children’s addiction to these games, many parents have expressed their concerns.

Experts from several institutes investigated whether it creates any problems in youngsters and, if so, how severe they are. According to a research paper, addiction to video games is dangerous to children of all ages.

Why Are Video Games So Harmful to Your Health?

The game genre and the amount of time spent playing these games are the two criteria determining whether video games have positive or negative effects on youngsters.

The infatuation with video games has several negative consequences. The addiction can cause a slew of problems for the youngster, both emotionally and physically. Adults who are hooked to video games, as well as youngsters, suffer from these consequences. Let’s investigate the truth about video games’ detrimental effects.

What Effects Do Video Games Have on the Brain?

Over the last few years, psychologists have become increasingly interested in video games and have performed studies to learn more about their effects. According to a survey conducted by the American Academy of Pediatrics, around 8.5 per cent of youth aged 8 to 18 years in the United States suffer from Internet Gaming Disorder.

These kids spend 6-7 hours a day playing video games and exhibit the following signs and symptoms:

These video game addicts spend a significant amount of time in front of the screen. Games that are violent or action-oriented need children to react quickly.

They’re frequently so engrossed in the game that they stay in the same zone after it’s ended.

Also, in real life, act in the same way. They react to minor events without much consideration, which leads to a slew of other issues. As adults, these gamers have difficulty dealing with their emotions.

When their parents advise them to stop playing video games, these gamers become irritated quickly. This behaviour can also be observed in schools when students pay greater attention to their teachers.

They can also become offended by minor irritations and retaliate angrily. 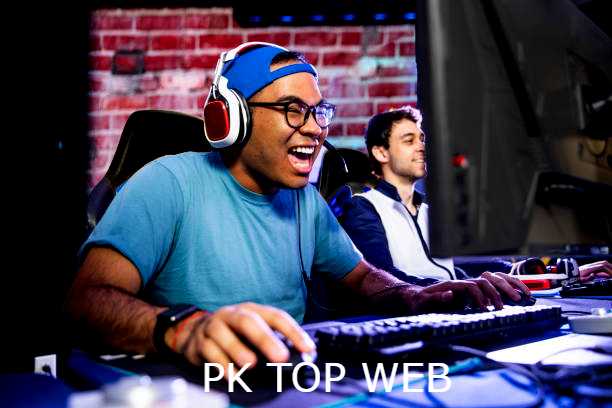 These game junkies become hostile and violent towards others due to their addiction. Those who engage in violent video games are more prone to act aggressively and violently in real life. Aggression or aggressive behaviour can indicate a person’s incapacity to control their emotions or other aspects of their life.

Because they spend so much time playing games, these game addicts don’t have much time communicating with their families. They don’t go out, mingle, or participate in other activities.

According to a study conducted on 4th-grade students during the 2017-2018 academic year, the growth in video game addiction leads to increased loneliness in youngsters.

People diagnosed with Internet Gaming Disorder also had clinical sadness and anxiety symptoms. They also appeared to have a low sense of self-worth.

The absence of real-life friends, inability to cope with emotion, decreased academic achievement or extra-curricular activities, and other factors contribute to such symptoms.

More information on the link between video gaming and psychological functioning may be found here.

Video game addicts frequently hear from their parents and friends that they should cut down on their gaming time and do other things. To escape this, the children begin to tell them lies.

They still spend the same amount of time playing video games, but they do so in secret. If they are caught and questioned about it, they lie.

What Effects Do Video Games Have on the Body and Physical Health?

The human body functions more efficiently when it receives regular physical activity, and it can suffer if it does not. Being a couch potato and leading a sedentary lifestyle makes you physically weak. The same thing happens when you don’t get enough sleep. This is the link between video games and physical fitness.

Lack of sleep and physical activity can cause various issues, ranging from minor to primary. These issues are common among video game addicts. The following are some of the health effects of video games.

Gamers who are addicted to video games consume unhealthy foods while playing. While playing late at night, they also have midnight bites. Weight gain can be caused by bad eating habits and a lack of physical activity. They can lead to obesity in the wrong circumstances.

Hands, Back, and Neck Physical Strain:

After all of the activities we engage in throughout the day, our bodies require rest. We become nervous when we don’t get enough sleep, which can lead to various disorders. Video game addicts sit in front of screens for long periods without taking a break. Other portions of the body, particularly the hands, back, and neck are strained due to these practices.

We all know that lack of sleep, particularly inadequate sleep, can cause dark circles under the eyes. These rings denote a lack of health and a lack of sleep.

If we spend too much time in front of a digital screen, our pupils, iris, and cornea will not function properly. It can cause eye strain, nausea, vomiting, and other symptoms, all of which can lead to vision loss.

These video game junkies remain in front of the TV or computer screen for 6-7 hours without taking a break; additionally, individuals who play video games on their mobile devices sit in a curled position.

See also  What is the Best Way to Write an Essay?

They feel strain in their shoulders and back when they finally stand up or leave the chair. Back pain and other severe disorders can occur due to these stresses.

What Are the Negative Educational Effects of Video Games?

Various studies have been conducted throughout the years to determine the effects of video games on academic performance. Depending on the kind of the game and the number of hours spent gaming, the study’s findings are both favourable and harmful.

Students who had a limited amount of time and played non-violent games had a better outcome. It is beneficial to their studies since it stimulates their imagination and causes them to pay more attention when learning.

Students who spend most of their time playing games, on the other hand, become addicted to them and perform poorly in school.

Many studies have found that children who spend most of their time playing video games and staring at a digital screen find it challenging to concentrate for lengthy periods. They are accustomed to video game lighting effects, sound, and fast motions. Because the classroom lacks these impacts, the youngster cannot concentrate for long periods.

According to one study, children hooked to video games either skip class to play games or sleep to complete their sleep cycle. Even when awake and in the category, they cannot concentrate for long periods. All of these habits contribute to low academic achievement.

To build a profession and advance in real life, it is necessary to participate in various activities and enhance one’s skills. Video game addicts may develop different gaming abilities, but those skills will not help them in real life or school.

They lack essential life skills and, as a result of their lack of physical activity, are susceptible to various ailments. They are reckless or immature adults because they lack these talents. The majority of gamers lack these abilities.

Unable to tell the difference between fantasy and reality:

People with Internet Gaming Disorder have a hard time distinguishing between imagination and reality. They are so enthralled by the game that they continue to play in the same mode long after it has ended.

Video games frequently include paid in-game elements that players may purchase to improve their gaming skills or improve the game. The participants squander their extra cash or pocket money on the game. It may result in limited financial progress as they get older.

Children who play video games are exposed to the real world and interact with a wide range of people. There’s nothing wrong with it if the kids aren’t picking up on immoral beliefs or using foul language.

Women are portrayed as weak and powerless in several video games. It can lead to a skewed picture of women and a lack of respect for those they meet.

Video games have many harmful consequences, especially when played for long periods. It is critical to get enough rest and engage in physical activity to maintain good health. Gamers frequently avoid doing the required actions to keep healthy, making them more susceptible to disease than the general public.

These negative consequences are not limited to children hooked to video games. Adults are affected by video game addiction in the same manner as children. So, whether you’re a toddler or an adult, your significant attention should be on your health.

Playing video games is only permissible if it does not become addictive. According to research, video game addiction has the same negative consequences as alcohol or drug addiction.

All parents should be aware of Internet Gaming Disorder symptoms and be on the lookout for them in their children. It has the potential to stifle your child’s mental and physical development.

Children benefit from playing games for a limited amount of time. It can improve their mood and rejuvenate their minds. What are your thoughts on this? Is video game addiction beneficial or bad for a child’s health?