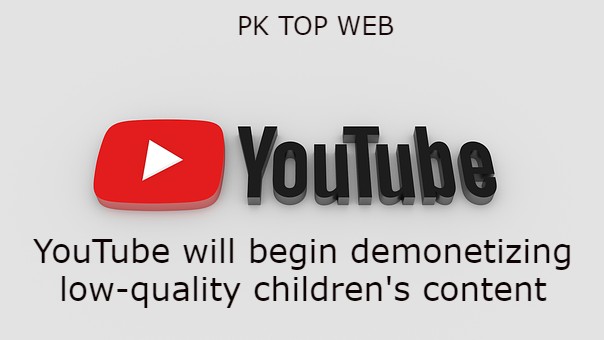 Google is making changes to its YouTube standards to encourage high-quality content on the network. In November, YouTube will begin demonetizing “poor quality” material created for kids on the regular YouTube app and YouTube Kids.
Read More: Zong new internet Package for T20 World Cup 2021
Videos that incite negative behaviour or contain highly commercial content, according to YouTube, will be considered low quality and demonetized. YouTube warns that these films will receive few to no advertisements and that breaking the rules will result in expulsion from the YouTube Partner Program.
This move is part of Google’s recent attempts to make YouTube and YouTube Kids a more welcoming environment for kids and their families. At the start of the year, the search engine juggernaut also increased parental settings for teens. However, Google has recently begun introducing new child safety protections to its many platforms.
A change to the default upload setting on YouTube, which changes content visibility to the most private option for teens and youngsters, is one of these safety enhancements. Here’s what Google said regarding its most recent policy changes:
The policy changes will take effect next month, but it will be a while before they are entirely implemented.